TRANSLATION
Susan Sontag — 'Today everything exists to end in a photograph. 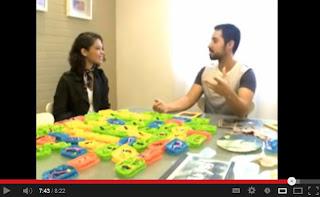 Celebrating a decade of photographic work

TOM LISBOA CELEBRATES A DECADE OF URBAN INTERVENTION IN CURITIBA WITH BRINQUEDOGRAFIA (TOY-OGRAPHY)
For the tenth consecutive year and again in May, the visual artist Tom Lisboa creates a new artistic project for Curitiba. Those who followed his work at this time, know that parks, bus stops, public telephones, trees, billboards and sidewalks are as important as the walls of a gallery or museum.
In his new work, entitled BRINQUEDOGRAFIA, the artist brings a literal sense towards Vilém Flusser´s affirmaton written in his book Towards a Philosophy of Photography: "the photographer is a person who can insert unforeseen information in the image by interfering at the photographic apparatus". Instead of facing the complex mechanisms of the digital camera, Tom acquired 100 toy cameras (those in which a pre-printed translucsent disc rotates, reproducing a different picture in the viewfinder whenever you press the button), disassembled them, deleted the original impression and replaced them with texts that bring reflections of authors like Flusser, Susan Sontag, Lucia Santalella and many others about general imagery.
All cameras modified in this series were numbered and signed by the artist. Throughout the month of May they will be spread around various locations of the city such as parks, museums, cafes and cinemas so that the general public can interact with them.
Postado por Tom Lisboa às 20:09 Nenhum comentário: 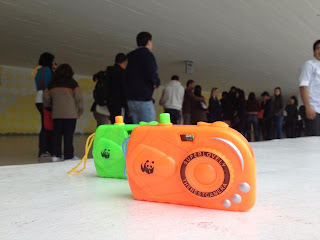 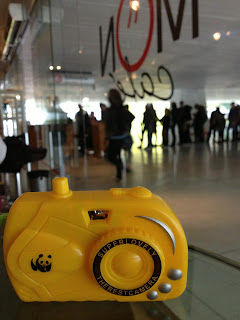 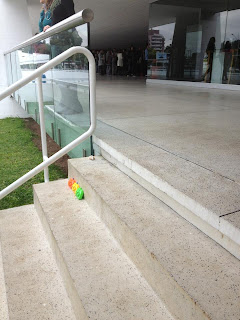 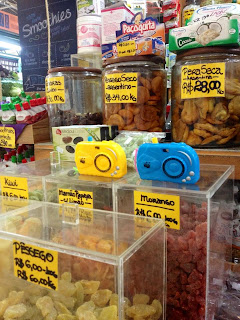 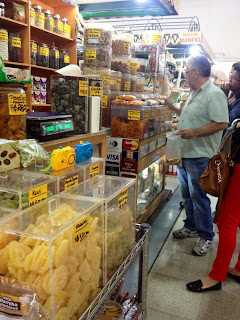